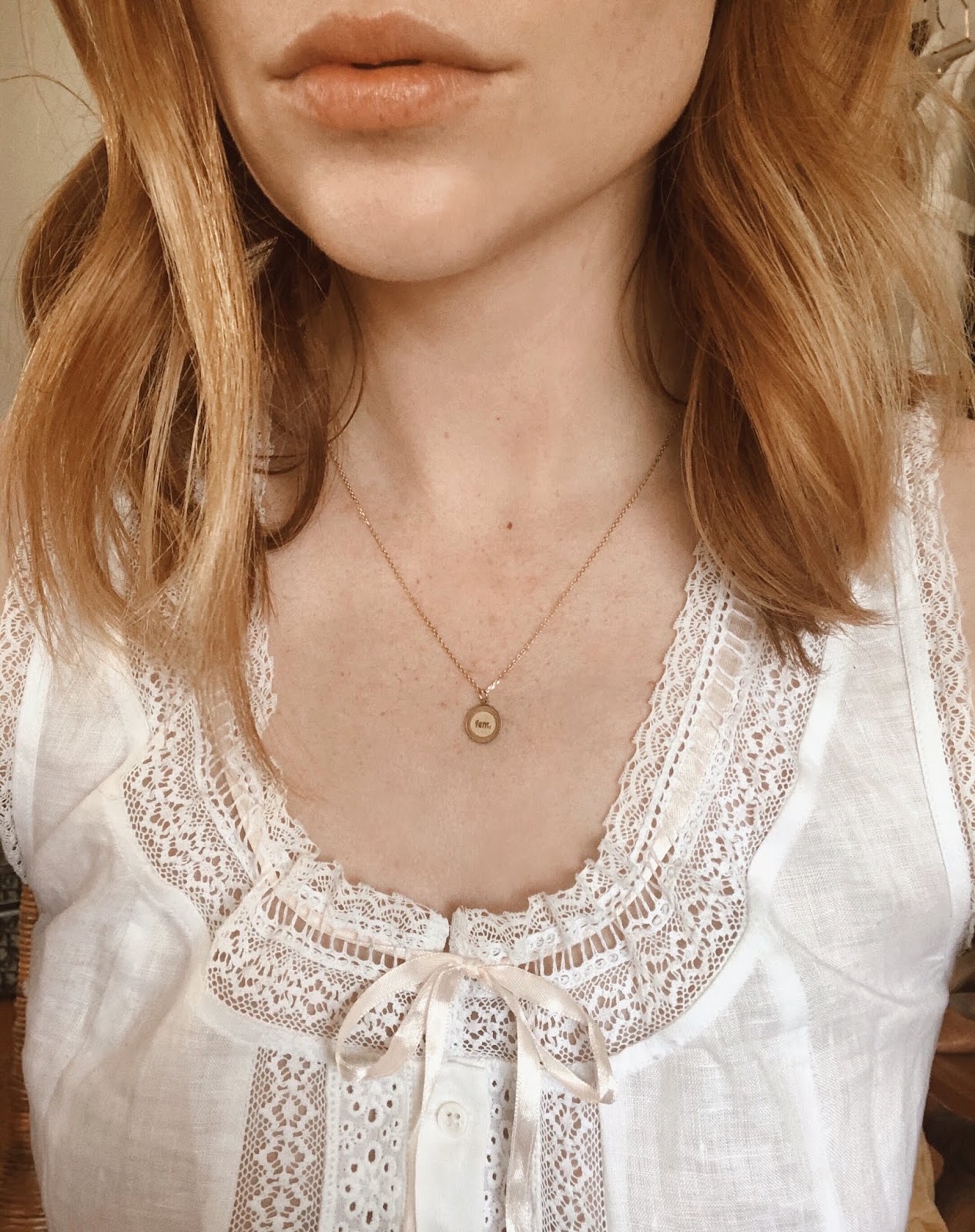 5 Jewelry Brands You Need to Know 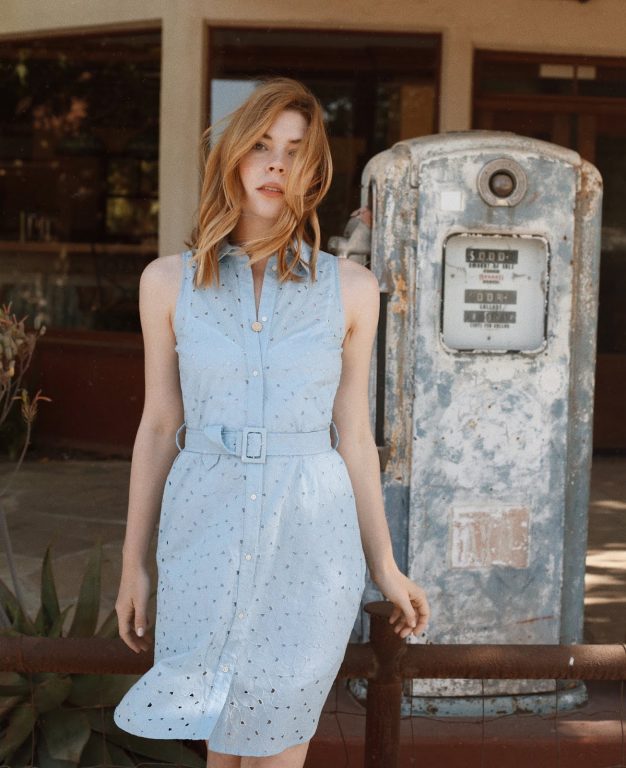 Roadtripping With the Frilly

My Experience With a Lash Lift

Some of you may have seen me share this on Instagram, but recently, I’ve started going to Iris+West to have a new treatment done – a Lash Lift. Now you may be asking, just what in the world is a lash lift? So I’m here today to explain it all, share some before/after pics, and tell you why I’m throwing out my lash curler and making the switch. 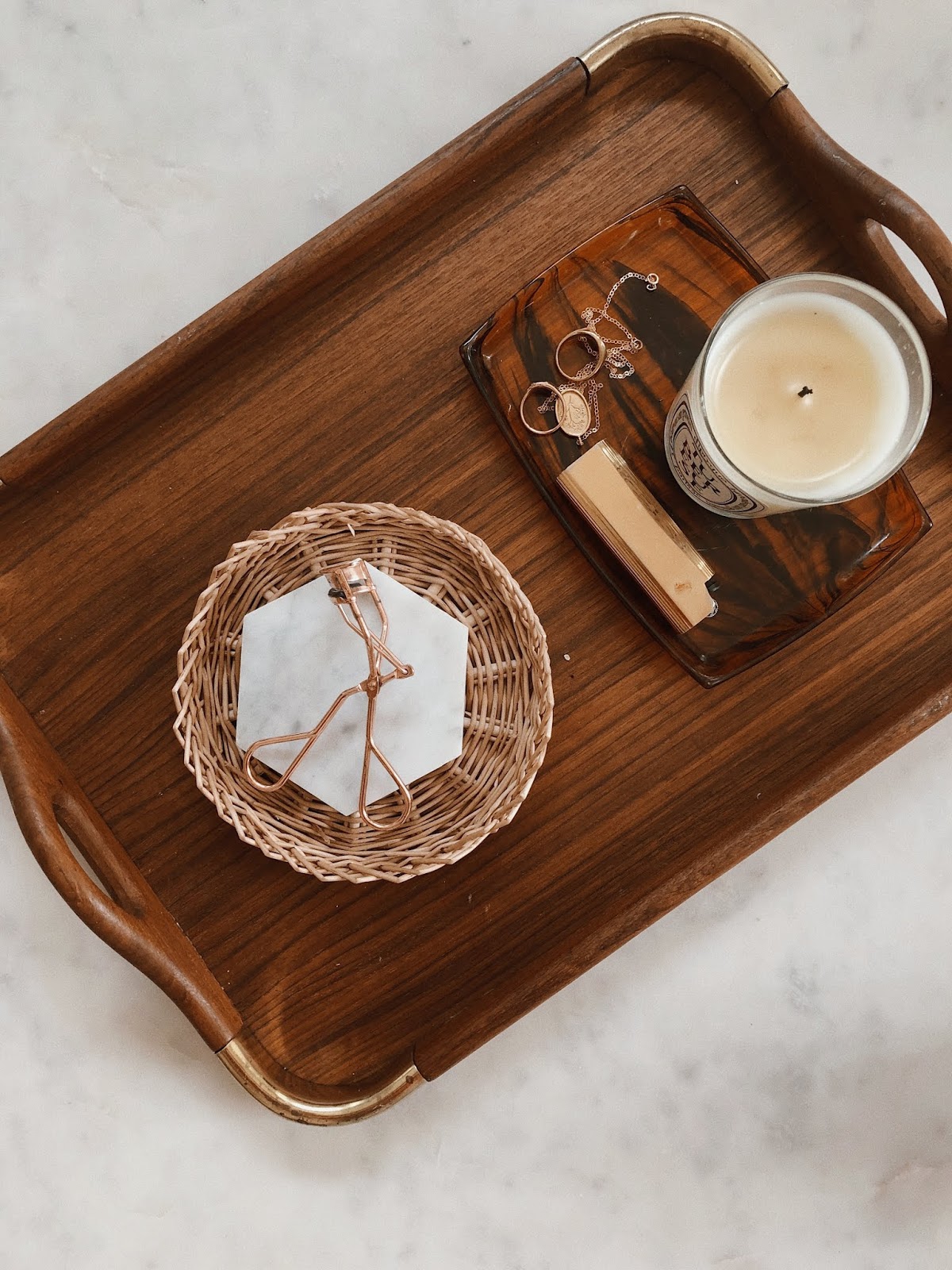 What is a Lash Lift?
First up, just what is a lash lift? A lash lift is a process that takes your natural lashes, and essentially perms them around a rod. It takes about an hour for the technician to separate out each lash hair, wrap it around the rod, and then a treatment is applied that allows it to keep that shape – just like if you were to perm the hair on your head. You can touch your lashes, get them wet, and basically treat them exactly like you would your natural lashes, because that’s what they are. No extensions, no glue – just your own lashes, lifted and opened up. During the treatment you can also have your lashes tinted darker, so that it pretty much looks like you wake up with mascara on. 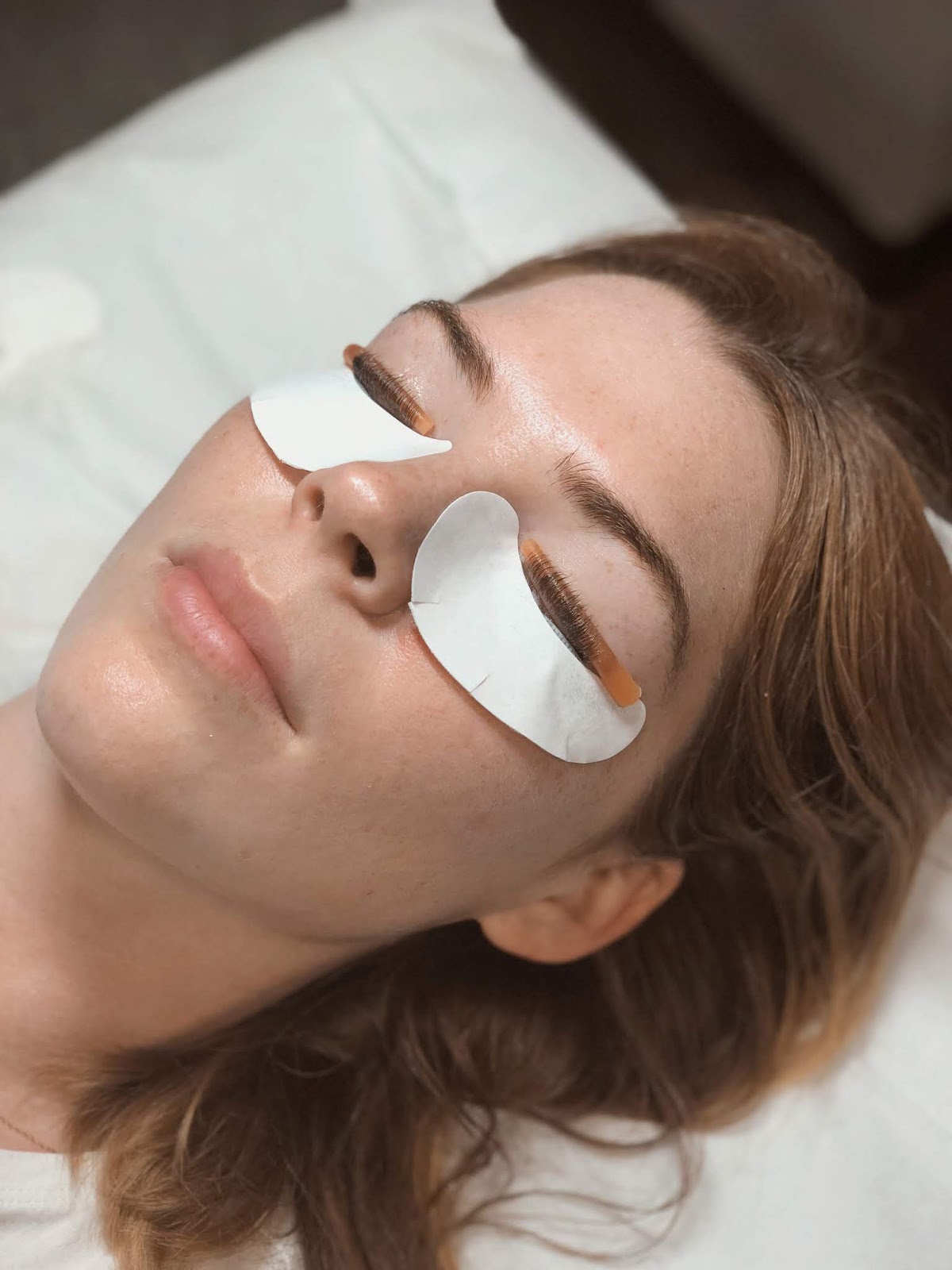 During the treatment with the rod on my lashes. Also, no makeup, be nice. 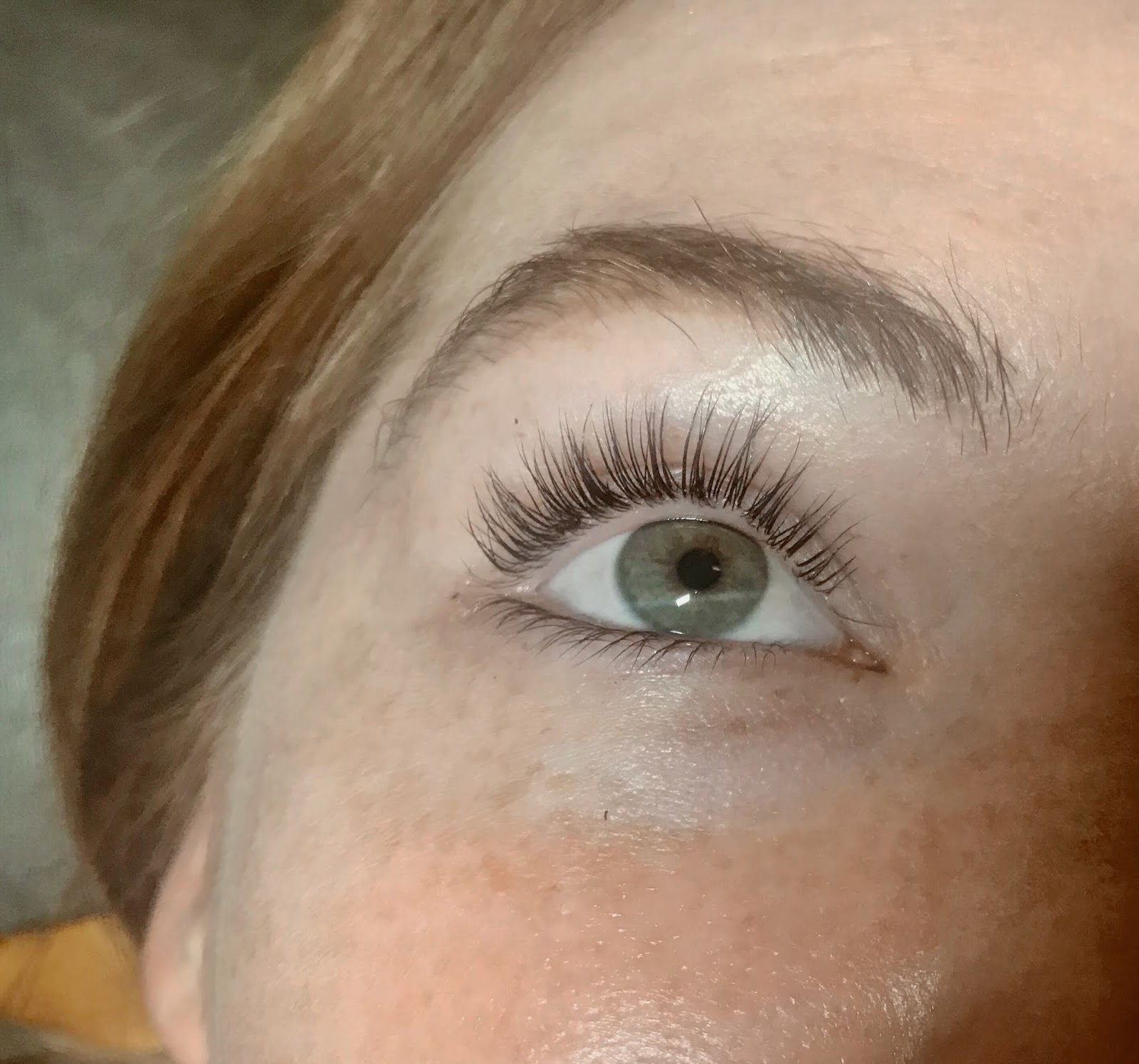 Immediately after the treatment.

Before/After
In order to really see what the Lash Lift looks like in action, here’s a before and after. In the before picture, I’m wearing a full face of makeup, mascara, and I had curled my lashes with a lash curler that morning. In the picture you can see – it really doesn’t look like I have full lashes. Just a sort of line of hairs sticking straight out. I could glob on a lot of mascara and maaaaybe give myself more of a fluffy look, but that comes with the problem of that very same mascara running down my cheeks as the day wears on. 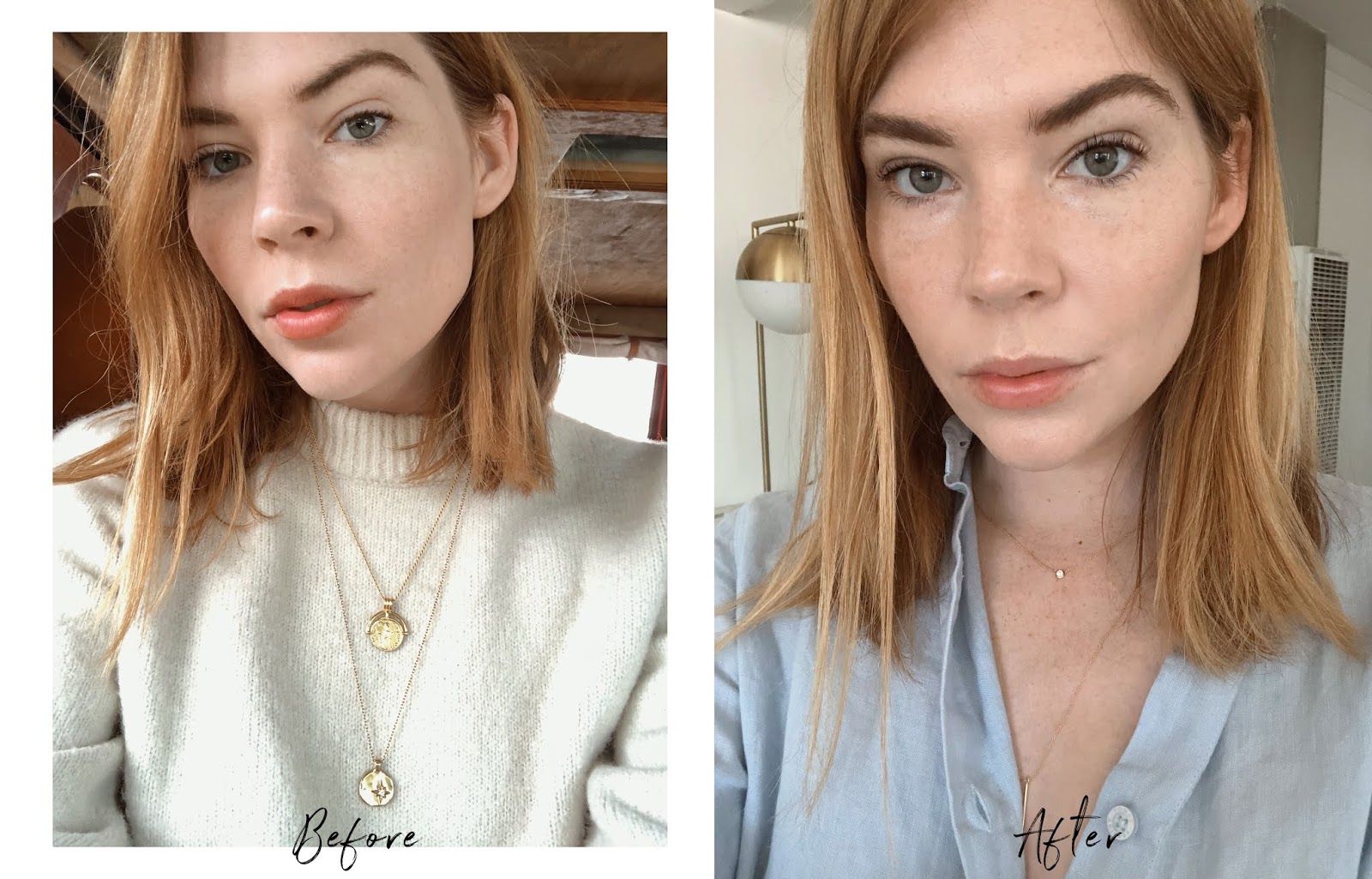 Conversely, in the after picture, this is me right before boarding a plane. I’ve filled in my brows, put a little bit of concealer on, but really am wearing hardly any makeup. But my lashes? My lashes are dark, separated, and completely fanned out, with no effort on my part. It makes my eyes look larger and makes me look more awake, despite the early hour.

Is it worth it?
The treatment lasts up to 6 weeks, and allows you to completely ditch mascara and curling wands during that time. As someone who really doesn’t enjoy putting makeup on (or sweating said makeup off in the heat) a Lash Lift is the ideal treatment. It’s allowed me to have a just a ‘wake-up and go’ lifestyle, especially with travel. I can put a little concealer on, some blush, and ignore my eyes all together, because I know they already look ‘done’. And while it costs more than buying some mascara and trying my best to curl my own lashes, I think it’s absolutely worth it. I take a lot of photos, and having my eyes look open and bright is key. I’ve done extensions in the past, and while I did love them, I didn’t love that they weren’t my own lashes. I think the Lash Lift is a more natural result, and it’s been easy for me to maintain. I’ve been in twice already and haven’t touched a tube of mascara in months. For me – this is going to become a somewhat regular thing because I love the results, the ease, and the process is quick!

For more information, head to Iris+West‘s website to see their services and availability.

I was gifted the initial Lash Lift treatment, with no expectations to write a review. All opinions expressed here are my own genuine thoughts on the service.