The Instagram Game - or what happened when I let go 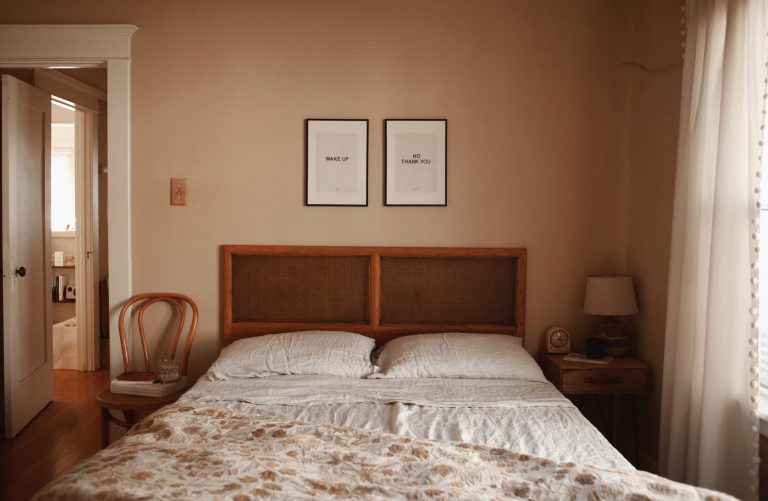 The Facial that Left me Speechless

Confession time – I used to obsess over the amount of likes my photos would receive. I would set this bar for myself internally that if a picture didn’t get x amount of likes after x amount of hours, that picture was somehow a failure.

It started out innocent enough. I remember when I first set a goal for how many likes I wanted a photo to get. It was in the early days on Instagram for me, so I would click post, and check back every few minutes. Hours later, I would be happy to see that the photo had hit my ‘goal’ of 100 likes. It felt like a success.

Later on, that goal post began to move. As I grew in follower count, so too did my likes on photos. I reasoned that if a photo could hit 1000 likes, why not aim for 1500 on the next one? I started to monitor which posts did well, and began to analyze what I was made them a success. Was it the outfit? Maybe people prefer my looks with denim. How about my hair? Surely the photos where it’s curled would perform better.

I have to admit that at a certain point it became an obsession. Like with all things social media related, we are in uncharted territories, so I didn’t see it becoming a problem until it was already at my doorstep. I saw that my follower count was growing, the likes on my photos were growing, and I wanted that to all continue on this never-ending upward trajectory. I would occasionally delete a photo that didn’t ‘do well enough’. I’d agonize over the things that I wanted to shoot and wanted to post because I knew that a photo with me standing, showing a full outfit are what would do best. It was maybe a year ago when I started to let go of that idea, but I must say, it took a while for it to really stick. That the number really, really, never mattered as much as I told myself it did.

So over the last 6 months I’d say, I began to dismantle that mentality. I don’t mean to say that I just decided altogether that likes don’t matter at all- that I could post whatever photos I wanted just because. I just began to let the photos perform however they were going to perform. Instead, I looked at the overall content. Did my feed tell a story? Were the photos interesting to me? Did I feel like I was exercising my creativity? Once I let go of the idea that every photo has to hit x-thousand likes, I began to really experiment.

Over the past few months, I’ve seen a shift on my Instagram and a change in my overall mood. Gone were the days of feeling like I had to shoot multiple outfits to have enough looks to post. I’m not someone who styles themselves head-to-toe daily anyway, so it was wildly impractical. I began to take more photos without me in them. Detail shots, landscapes, interiors, black and white – all of it was a fun little experiment. And it showed me that I could try new things out without worrying how the numbers would affect me.

Sure, engagement matters – this is a job of sorts. And of course I want to produce content that you, the reader, like. But I’m so much easier going now, and don’t feel that every photo has to reach some number threshold to be considered good. I’ve seen such a positive response to my more creative shots, and while maybe they don’t get the highest amount of little red hearts on them, I love being able to be creative without that feeling of number performance hanging over my head.

Not every photo has to be a home-run, I just want it to be something I’m proud of.

I have always admired how you share your gratitude, your struggles, and triumphs. I continue to be inspired and moved by your posts. Thank you for sharing

This is a nice thing to think about from now on I’ll try to not obsess over the number of likes a post would get and instead, express myself more freely and creatively ❤

Love this, taking risks and not worrying about peoples opinions can be so scary. Also loving the direction your insta is moving in, the creative shots have been so beautiful – really proud of you and Eric! I hope you are confident enough in your posts that you don’t feel as though you need to ask your followers to go “give this post some love.” It always detracts from the post when I see bloggers doing that. Own it grrrrl.

“Not every photo has to be a home-run, I just want it to be something I’m proud of.” – these are the words I will find shelter in next time I feel like my photos were not good enough. Thank you so much for sharing this, you are always an inspiration to me, both your style and the way you create your story on Instagram.

I love that you are more concerned with the story than the specific posts… essentially seeing the forest, not just the trees. I love your account and always have. I enjoy watching it evolve along with you.

This is such an important sentiment! Thank you for focusing on creativity and storytelling rather than just engagement. I can always tell when content creators are posting for the likes rather than putting up work that they are genuinely proud of. Your Instagram account is one of my absolute favorites – you have such a unique perspective, and your photos are so refreshing in what can often be an endless sea of the same kind of content.
thesydneystories.com

Instagram brings a lot of pressure when the market is now saturated with semi-dedicated bloggers/influencers. Good for you for scaling back on those pressures. Your content’s variety and creative flow is what keeps me excited to see your posts!

I agree with every thing Colleda said. You are so gracious and thoughtful. Thank for being such a inspiration.

Honestly very happy you brought this up. I feel like the stress on social media and on influencers these days are so high that everyone forgets about the number one rule-take care of your mentality. I really love how you’ve created content for not only your followers, but made it into something you enjoy doing. You’ve always been a big inspiration, and a thoughtful, talented, creative person. Really glad ay you’re More positive mindset regarding your work and content <3